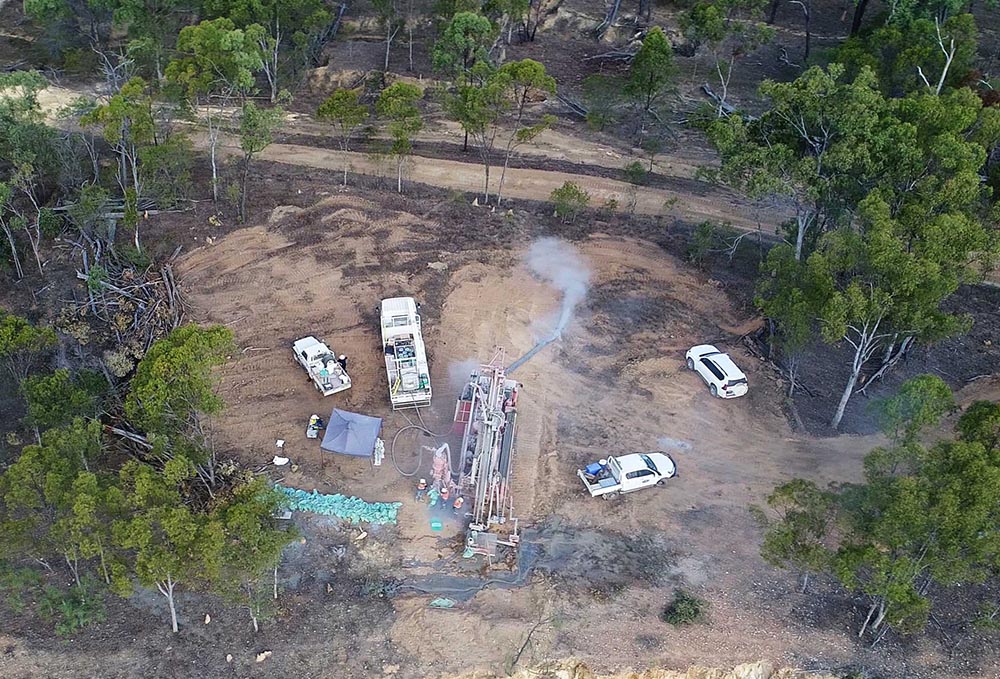 Drill program unlocks the potential for a large gold resource at Big Rush with gold mineralisation confirmed. Diamond drilling at Big Rush is now underway to evaluate and follow up at depth some of the significant intersections.

The initial diamond drilling is focused underneath the Central Pit area where RC drilling returned the following results:

These higher grade gold zones are the target at depth for the diamond drilling, which will be completed on nominal 40 metre spaced sections and provide additional information of the zones at depth. This will also provide important additional data to understand any evolution of the gold system at depth and add additional data for the planned JORC 2012 estimate for Big Rush. As a result of the drilling campaign completed and in progress, GNM anticipates a resource estimate to be released during Q1 of 2021.