Last operated in the mid 1990’s the combined mines produced in excess of 150,000 ounces of gold at an average grade of over 2 g/t Au. The Camel Creek and Golden Cup mines are adjacent to each other whilst Big Rush lies 100km to the south west. All of the mines ended in mineralisation when mining stopped in the 1990’s when the gold price was below US$400/oz compared with today’s gold price of greater than US$1,400/oz. 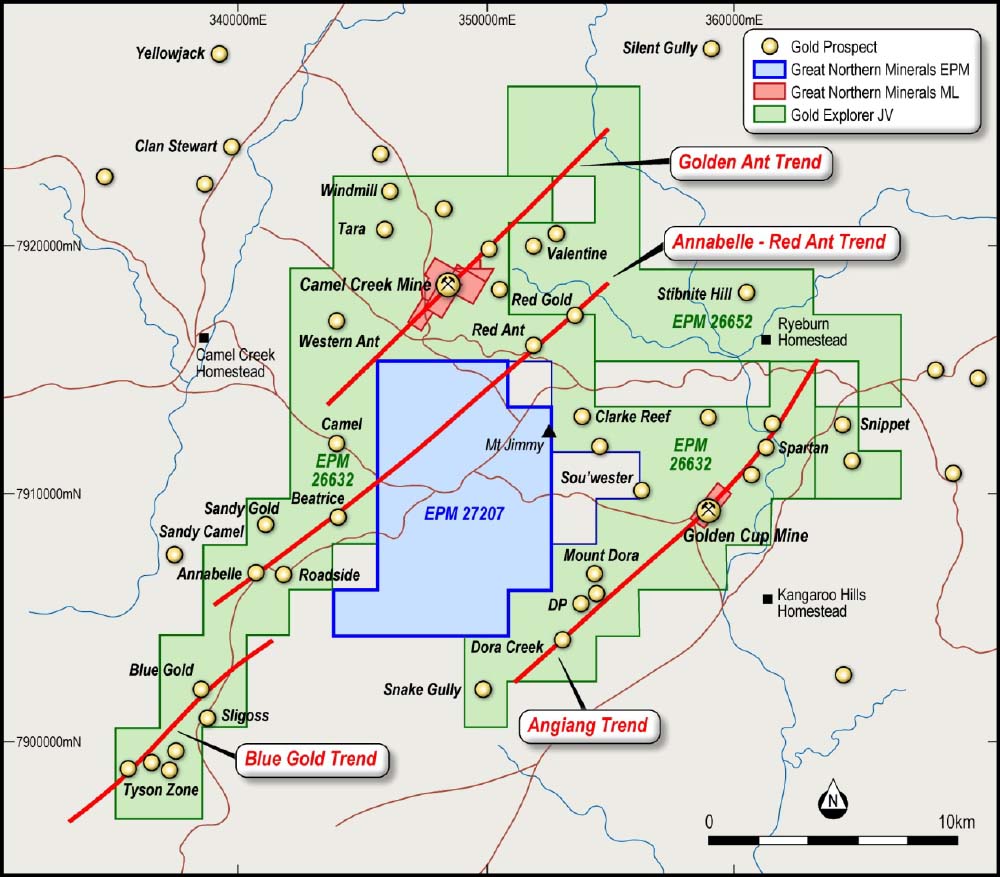